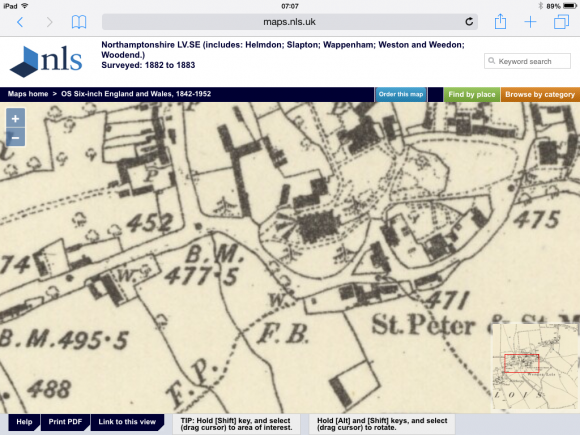 Pap of Lois Weedon 1882. Note the Cottages where Sunnybank now sits. Vicarage rise is built where once Vicarage Farm stood. There were stables where the extension graveyard now is. Holly Tree Cottage was originally two dwellings. There were two single storey extensions now there is only one. The cottage was converted in to one dwelling by Harry Payne, Elsie Hatton's father. 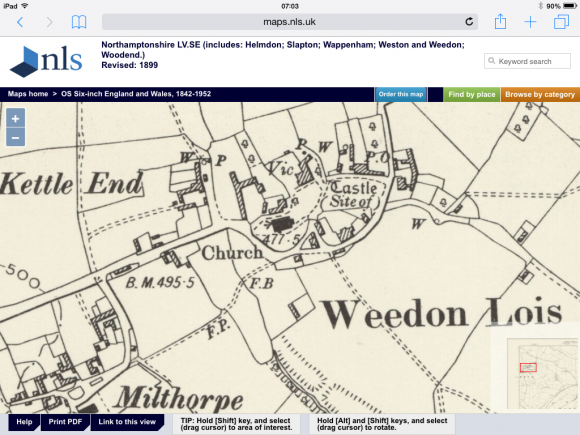 These 2 maps date from 1899 the top one and 1882
the lower one.. They both clearly show the roadway
in its present situ... Helena's house is situated where
her garage is now and the roadway came as far as
there and the church gate...from then it's footpath markings
for the rest of the way...interestingly right outside Holly Tree
is a spot height of 471 feet above sea level ( bet you didn't
know that).. And there are some buildings opposite where the trees are
by the cemetery gates.. I can't see any remains so I think
these were mostly wooden and think they were probably stables..
You would have needed a livery yard because everybody
would have owned horses.. 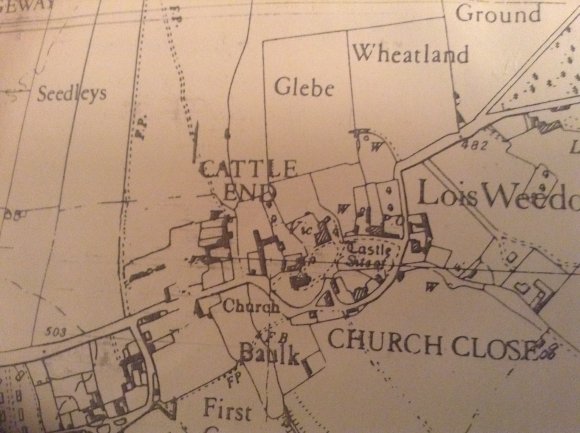 This is the news letter cover and on here can be seen the village hall
Which certainly is not on the others. Charlie Burbidge
tells us that was erected in the 1920s. So the news letter map is
after that date

Colin James discovered the houses in Middlethorpe
are added to the newsletter map.
Much of Parish ( person's name not THE parish ) ground was
given up for the housing estate in 1948 where upon on
excavation a pile of human bones were unearthed that had
been there since Saxon times...how do I know ?

You can find out about the parish council and how to contact them on this page.